Why Body Worn Camera an ideal Choice For Police? 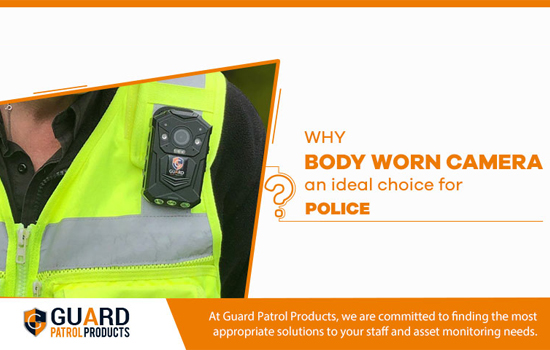 Why Body Worn Camera an ideal Choice For Police?

Comments Off on Why Body Worn Camera an ideal Choice For Police?
article by: Simon Tranter at: 5th Mar 2020 under: Blog

Judgement calls can become controversial and even media spotlights, that is why police use body-worn cameras. The use of these cameras is an intelligent idea, as no one wants to waste their time explaining the situation when there are other more important works to do. These cameras allow the footage to be shared and shown what occurred before, during, and after an event unfolded. Seeing all of the pieces rather than just a segment can give you a clear picture of the incident.

A body-wearable camera, or ‘bodycam’, is a recording device that is typically used by police officers, government operatives, security personnel, and traffic wardens. These devices are also often used in covert surveillance operations by private investigators, mystery shoppers and in other undercover operations.

Picture and video quality- Video and picture quality of a surveillance camera should have at least 1080p (HD). There should be:

Memory- There is no fixed time duration of any crime scene, so memory became a crucial mark. A 64GB build-in memory will be suitable memory storage for an ideal Body-Worn Camera.

Check for sound quality- This is another feature that you need to consider in your search for the perfect wearable camera. If a particular model gives great video but the poor sound quality, look for another one. There are models out that combine these two features for a reasonable price.

Get a durable camera- Take note that the camera you would pick, should have durability as a major factor. In those conditions, where serious falls and bumps are present, durability is most important. If the camera cannot bear up the impact of considerable heights, it should at least have a durable protective housing, that will encase the camera.

Waterproof feature- There could be any situation during the security process. The waterproof camera, not a water-resistant one, will suit your purpose.

How Body Worn Cameras are beneficial

Body-Worn CCTV Cameras help officers in cases of false accusations. The footage recorded by these devices presents important evidence. Many times, a police officer uses these cameras to collect evidence for court trials. As a responsive Security device provider, we help police officers to improve their relationship with the community.