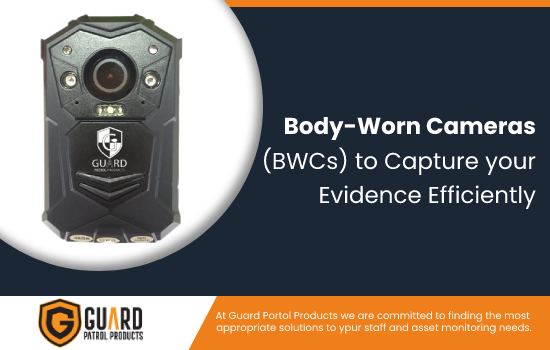 Comments Off on Body-Worn Cameras (BWCs) to Capture your Evidence Efficiently
article by: Mohan Sharma at: 6th Dec 2021 under: News

In the past, the ‘his word against the other’ scenarios left countless decisions going in the wrong direction. The world has moved on from the old ways of relying on a witness’ words alone. Today, the law considers audio and video as the best witness.

The case of Derek Chauvin and George Floyd stunned the world. It was the body-worn camera of the former that helped speed up the investigation and get accurate facts for the case.
That incident further underlined the importance of body-worn cameras (BWC) for people who are in the line of duty.

What are Body-worn Cameras?

Body-worn cameras are cameras worn by people on the front lines. The device has audio and video recording capabilities along with other specifications that may vary depending on the make and model.
It’s widely used for documentation, interrogation, arrests, interactions, etc. by police officers, security workers and lone workers.

One of the leading solutions in this space is the EH-15 (GPP-M9) Body Worn Camera. We made this model, keeping the safety of both officials and people in mind.
Its salient features include:

The camera clicks single or multiple pictures according to the input. A 140-degree wide-angle lens allows you to capture more area, which is crucial in many scenarios. At night, the camera automatically switches to night vision for video clarity in low light. The LED lights at the front double up as a torch, letting your hands be free.
On a single charge, the EH-15 can shoot over 10 hours of video (at 480p) or over 7 hours (at 720p). When you eventually run out of juice, the charging dock provided with it can get it up to speed in no time.
What happens to all this footage? The camera stores all this in its internal storage, which you can transfer with ease using its HDMI output.